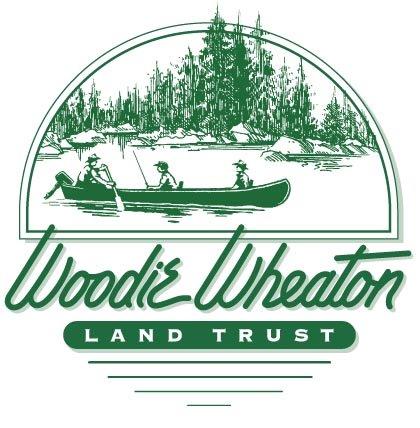 Northern Washington and southern Aroostook Counties, with a focus on the Chiputneticook Lakes region, including Forest City, Brookton, Orient, Weston, Danforth, Amity, and many more communities.

1994: Woodie Wheaton Land Trust (WWLT) cost-shared a small lot on Mud Lake and guided its sale to the State of Maine as part of an earlier Land for Maine’s Future Board (LMFB) acquisition. This property is currently managed by Maine’s Department of Inland Fisheries and Wildlife.

1995: WWLT actively promoted the conservation of a 500-foot-easement along more than 16 miles of Spednic shoreline conveyed by Baskahegan Company to the State of Maine through LMFB funding. Part of the transaction was the fee simple purchase of seven islands including Walker, Monument, and Woodie Wheaton Islands. One unnamed island has an active eagles nest.

1996-1998: WWLT purchased 25-acre Birch Island and Little Birch Island on Spednic Lake, which were threatened by cottage development. We secured major grants from Wildlife Forever and the National Fish and Wildlife Foundation with additional help from the Chiputneticook Lakes International Conservancy and many individuals. Birch Island was later transferred to the State with strict deed covenants to protect public use for low intensity outdoor recreation. Little Birch Island remains forever wild under WWLT ownership.

1999: WWLT urged the Province of New Brunswick to maintain the wild character of Crown lands along the entire St. Croix waterway. Upon purchase of Georgia-Pacific woodlands in N.B. in 2001, the Province created a 63,966-acre Protected Natural Area along the east side of Spednic Lake. The WWLT accepted, with forever wild provisions, the gift of Freda Island, lying in the outlet stream of East Grand Lake, as our second island holding.

2001: WWLT completed the ambitious Spednic Lake/St. Croix River Project, protecting a 500-foot-corridor along 50 miles of pristine lake and river frontage in collaboration with the New England Forestry Foundation, the State of Maine, and the St. Croix International Waterway Commission. This $3 million project was conceived and nurtured by the WWLT and brought to fruition with the help of many individuals and organizations. The WWLT retains an easement along 15 miles of Spednic Lake’s western shoreline, now owned by the State of Maine.

2006: The East Grand Lake Watershed Initiative (to conserve a 5,000 acre forest tract with 20+ miles of waterfront along East Grand Lake) included an extensive land use and market analysis of the subject property, contact with partner organizations, the commercial landowner and a community outreach program to develop and solicit public support for a future conservation effort. Several of our directors visited local cottage owners via canoe.

2018: WWLT completed a significant land acquisition within the East Grand Lake Watershed. The Headwaters Project will conserve 3,053 acres and many of the brooks and streams that nourish this clear water system. The lands border 9.4 miles of Monument Stream in the town of Amity, and have both forested uplands and extensive riparian wetlands along Greenleaf and Glendenning Brooks. Abutting the southern border are 7,486 acres of land originally acquired in the East Grand Watershed Initiative, since conveyed to Maine’s Bureau of Public Lands and managed for its exceptional wildlife habitat. That project was also initiated by WWLT and acquired in a partnership with The Conservation Fund.

The Woodie Wheaton Land Trust Conservation Center, in Forest City, was completed in the summer of 2009.  The WWLTCC is a 2,000 sq. ft. building where we conduct the business of the land trust and offer environmental interpretation opportunities. The building is also available for use by other community and area organizations.