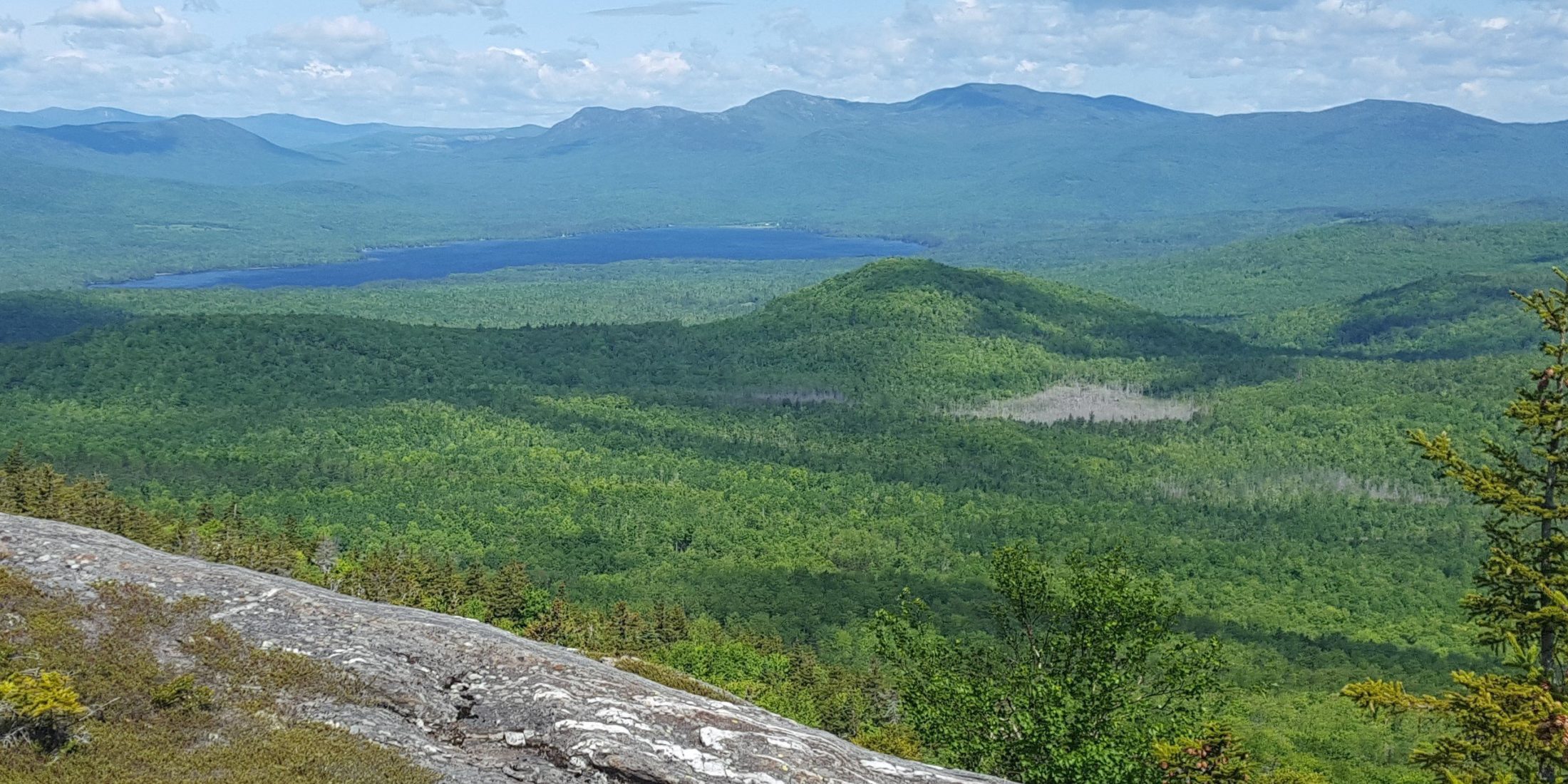 View of Tumbledown Mountain, conserved with LMF support between 2001 and 2004

Maine legislators adjourned on June 20, wrapping up the first year of their two-year legislative session. Despite adjourning, the legislature is likely to return for at least one day this summer to discuss bonds, included a proposed conservation bond. Here are a few highlights from this year’s legislative session related to the work of Maine’s land trust community.

Building off their work on the Conservation Task Force, Senator Cathy Breen, Representative Dennis Keschl, and Representative Patrick Corey sponsored LD 911 this session. They were joined by 102 of their colleagues in the House and Senate. The bill calls for renewed funding for the Land for Maine’s Future (LMF) program and investments in Maine’s State Parks. A $95 million bond issue, LD 911 would support LMF with $15 million per year for 5 years and $20 million for State Park infrastructure upgrades over the same period. In May, Governor Mills unveiled her proposed bond package, which included $30 million for LMF over a three-year period. The Governor’s proposal did not include State Park bond funds.

In the closing hours of the legislative session, legislative leaders and the Governor discussed the various bond proposals on the table, including LMF, transportation, research and development, broadband expansion, and others. However, they could not come to an agreement on which investments to support and decided to carry all bond bills forward to a later date. When the legislature adjourned, there was much speculation that they would reconvene later this summer to discuss bonds. If not, these bills will be carried over to next year.

Should two-thirds of the legislature back the LMF bond later this summer, it would then go to Maine voters for their approval on the November ballot. LMF bond supporters will continue to work on this issue, encouraging legislative leaders and the Governor to reconvene before September.

Governor Mills and legislators on both sides of the aisle spent considerable time this session discussing climate change. There were many proposals aimed at this challenge, but the most significant was LD 1679: An Act to Promote Clean Energy Jobs and to Establish the Maine Climate Council.

Introduced by the Governor, LD 1679 received strong bipartisan support in both chambers. Once the bill is signed into law, the state will create a 39-person council that will “advise the Governor and Legislature on ways to mitigate the causes of, prepare for and adapt to the consequences of climate change.” Supporting the council’s efforts will be at least five working groups addressing these subjects: transportation; coastal and marine issues; buildings, infrastructure and housing; working lands; and energy.

The council will also be developing an updated climate action plan for the state. This plan will include mitigation strategies to reduce greenhouse gas emissions; adaption strategies to help the state be more resilient to a changing climate; and a plan outlining ways Maine can transition to a clean energy economy.

Maine Bureau of Parks and Lands

A long-time partner of the state’s land trust community, the Maine Bureau of Parks and Lands (BPL) faced many cuts to staff and programs under the last administration. In response, BPL was the subject of numerous bills this session, as legislators sought to re-build the bureau.

Early on, some legislators entertained proposals to break up the current Department of Agriculture, Conservation and Forestry (DACF), formed through a merger of the Department of Agriculture and Department of Conservation seven years ago. BPL is one of the merged Department’s four bureaus. While legislators were concerned that BPL has not fared well since the merger, they were not convinced the merged department was to blame. In the end, they defeated these bills and gave the new administration time to implement positive changes within the current structure.

Maine legislators did pass LD 1246: An Act to Protect the Health and Safety of Maine State Park Visitors and Staff and LD 1843: An Act to Provide Funding for Two Positions in the Department of Agriculture, Conservation and Forestry. The former calls for an assessment of staffing needs at Maine’s State Parks and the later re-establishes two BPL positions related to the management of the state’s public reserve lands.

In late March, Maine’s Supreme Court issued a unanimous decision declaring that “rockweed in the intertidal zone belongs to the upland property owner and therefore is not public property, is not held in trust by the State for public use, and cannot be harvested by members of the public as a matter of right.” This decision means that coastal property owners, including land trusts, have the authority to decide if, when, and how much rockweed can be harvested on intertidal lands they own – rather than rockweed harvesters.

Working closely with rockweed harvesters, legislators introduced three bills this session to overturn the court’s decision or at least to send the issue back to the court in hopes that they would reverse their decision. Two of the bills were rejected in committee, but one went forward with strong support from the Agriculture, Conservation and Forestry Committee. However, the bill was soundly defeated in the Senate and then narrowly defeated in the House.