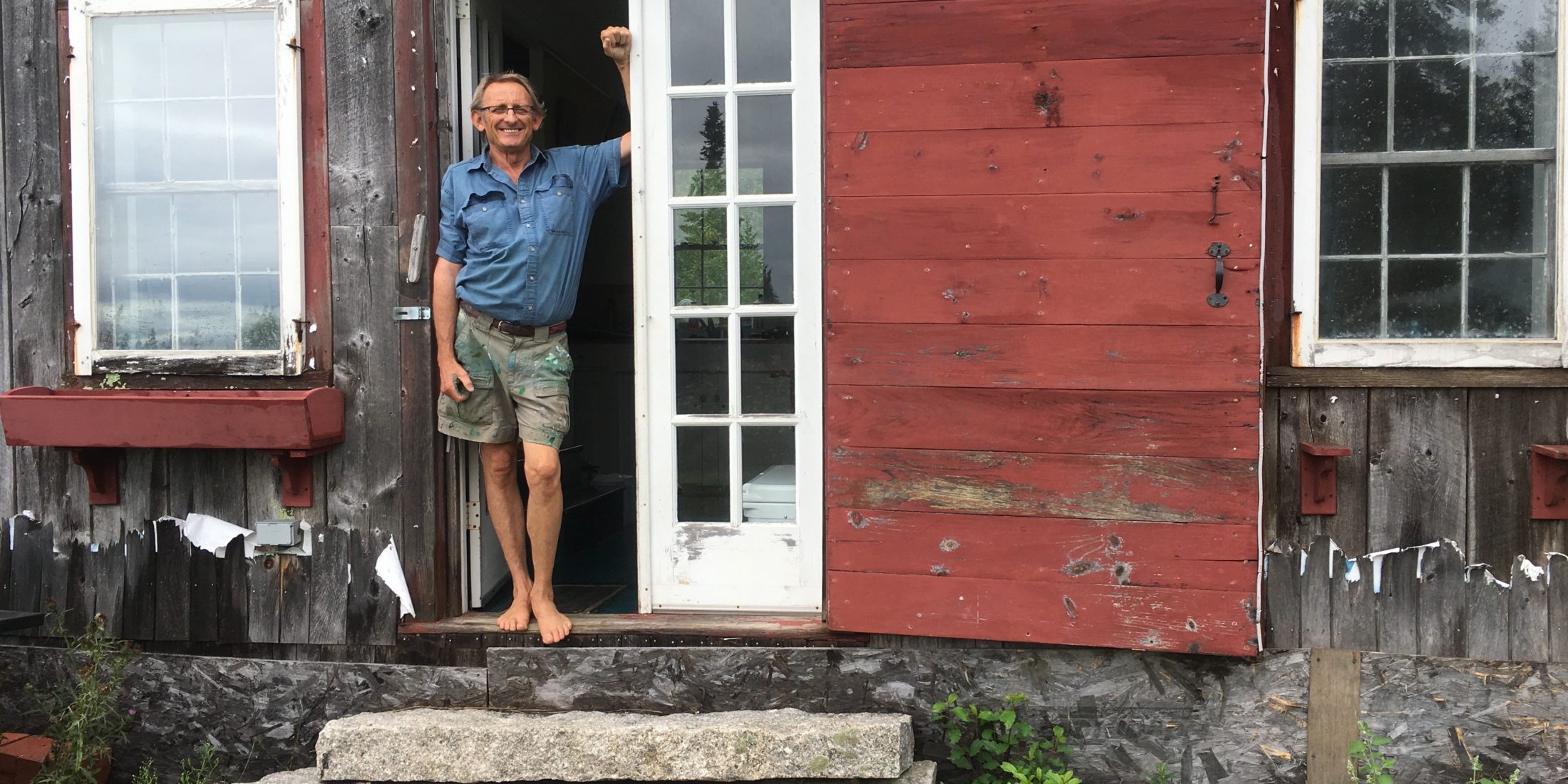 Photo by Betta Stothart
News and Updates > For the Love of the Land: Where Art and Land Conservation Meet

For the Love of the Land: Where Art and Land Conservation Meet

Last weekend, Cape Elizabeth Land Trust and painter Eric Hopkins partnered to celebrate love of place. Hopkins, known for his aerial depictions of the islands and ocean, talked about his commitment to preserving public access to the Maine landscape as he greeted visitors to his one-day show at Ocean House Gallery on August 10th, 2019. Later in the summer, Hopkins’ painting “Casco Bay from the Back Cove to the Cape,” will be auctioned later this summer to benefit the Cape Elizabeth Land Trust.

In a recent interview in the Portland Press Herald, Hopkins traces his deep connection to the land to his childhood on North Haven and his awe at the Apollo 11 moon landing.

When he saw the photo of the earth from space, taken by the astronauts of Apollo 11, the scope of his world and direction of his life shifted. “That was a key point. I grew up on this island and had this sense of place. Being on an island, I could walk straight in any direction and eventually come to the water and probably know where I was. I had a sense of place, a sense of land, a sense of water and a sense of space. It all made sense to me,” he said.

Hopkins says [t]hat’s when he became a committed supporter of land trusts. By donating his art for auction, he helps land trusts raise money to ensure public access to the land.

After its display at Ocean House Gallery in Cape Elizabeth on Saturday, Hopkins’ the painting will head back up the coast, where Thomaston Place Auction Galleries will offer it to the highest bidder, Aug. 23-25.

Read the entire story in the Portland Press Herald.