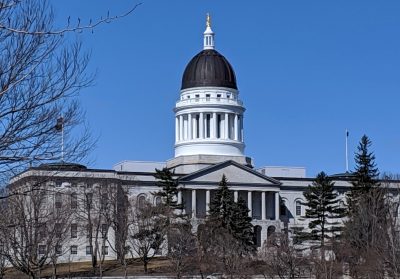 Maine’s lawmakers adjourned on May 9th, likely ending a two-year term marked by numerous conservation-related bills being enacted. Last year, these legislators worked with Governor Mills to approve a $40 million investment in the Land for Maine’s Future Program. This year, before leaving Augusta, they enacted bills to strengthen public lands, mitigate climate change, tackle PFAs, and address some concerns voiced by Tribal Governments in Maine. Many of these issues are likely to be campaign trail topics later this year among legislative and gubernatorial candidates.

In 2022, the legislature passed a handful of public lands proposals. LD 736 allows the Maine Bureau of Parks and Lands (BPL) to modestly expand their existing 90,000+ acre Ecological Reserve System, portions of public lands set aside to protect and monitor natural habitats. Policymakers enacted LD 1075, a bill that requires BPL to complete rulemaking related to activities that may reduce or substantially alter public lands. This proposal was largely in response to previous agency actions related to the New England Clean Energy Connect Project. Finally, thanks to LD 700, beginning in 2025 the legislature will establish a non-lapsing fund supported by excess state park revenues. The fund will be available for state park capital improvements and to match Land and Water Conservation Fund investments.

Governor Mills and legislators continue to implement the state’s 2020 Maine Won’t Wait four-year, Climate Action Plan. New laws enacted in 2022 include LD 1429, which sets as a legislative target the date of January 1, 2045, when Maine will attain carbon neutrality. LD 1902 establishes a pilot program within the Maine Department of Education to provide grants focused on climate science teacher training. Policymakers also passed LD 1974, an act to establish a Maine Climate Corps Program. Perhaps the most far-reaching climate law was LD 1970. This bill contains multiple provisions, such as supporting municipalities as they develop local climate action plans and amending environmental regulations to account for the anticipated sea level rise over the next half century.

In late April, the Governor joined with bipartisan leaders in both bodies to pass a supplemental budget. Taking advantage of unexpected one-time revenues, they were able to enhance staffing at the Land for Maine’s Future Program and at other Maine Department of Agriculture, Conservation, and Forestry agencies. The budget also included more than $60 million to address various aspects of PFAs contamination. Presence of these long-lasting chemicals in the environment are a growing concern for farmers and others around Maine. More information on conservation-related provisions in the Supplemental Budget can be found here.

Tribal Governments in Maine began the year with an ambitious agenda. Their highest priority was LD 1626, a bill that would have significantly changed their current relationship with Maine’s state and local governments. While this bill was not enacted, two of their other priority measures succeeded. The first, LD 1903, seeks to address long-standing drinking water issues for the Passamaquoddy. Tribes also reached a compromise with Governor Mills on LD 585. Signed into law, this bill establishes a formal state-tribal consultation process, includes favorable changes to the tax code, and provides the Tribes in Maine with exclusive authority in the growing on-line sports gaming industry.